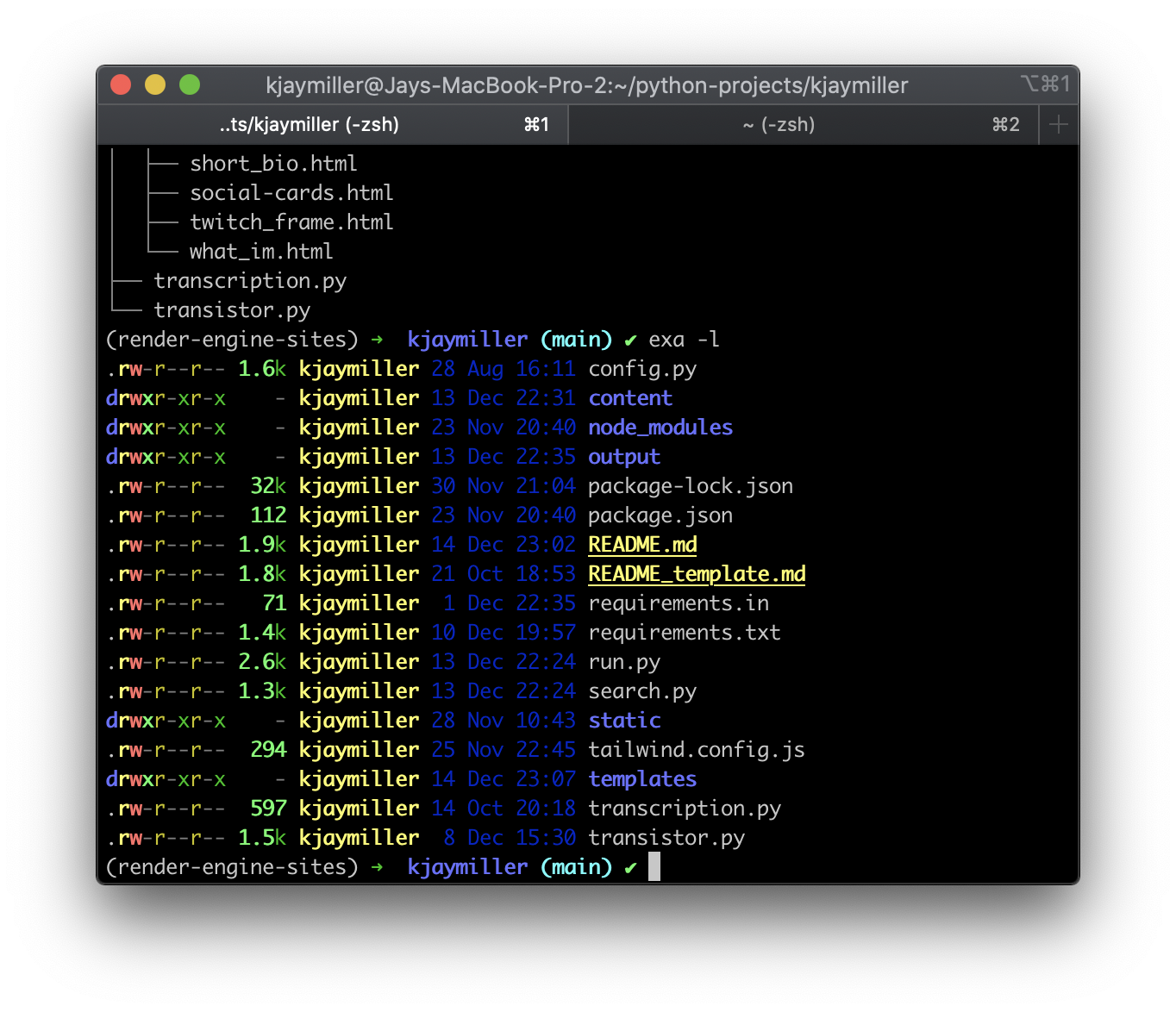 Here are some things that I found around the web lately that I think folks will enjoy. No Affiliate links so if you are happy about these and want to support, then share the post with your friends or consider sponsoring all my projects!

GoodLinks was one of the first apps that I saw that was taking advantage of iCloud sync. There are many apps like Pocket, Instapaper, Raindrop.io. There is also the darling pinboard.

I noticed these subscription services were paying mostly for plain-text storage. I could get the URL, the title, and tags, but if I wanted access to the content, good luck. Even when I could store offline versions of pages, I couldn't access them via an API. I wanted to be able to integrate my bookmarking service and make it searchable with other tools.

Goodlinks is a bookmarking service with great simplicity, which is what I was looking for. Everything is available and stored locally via iCloud with. I recently figured out how to get access to Safari history. I think I can do something similar with GoodLinks. 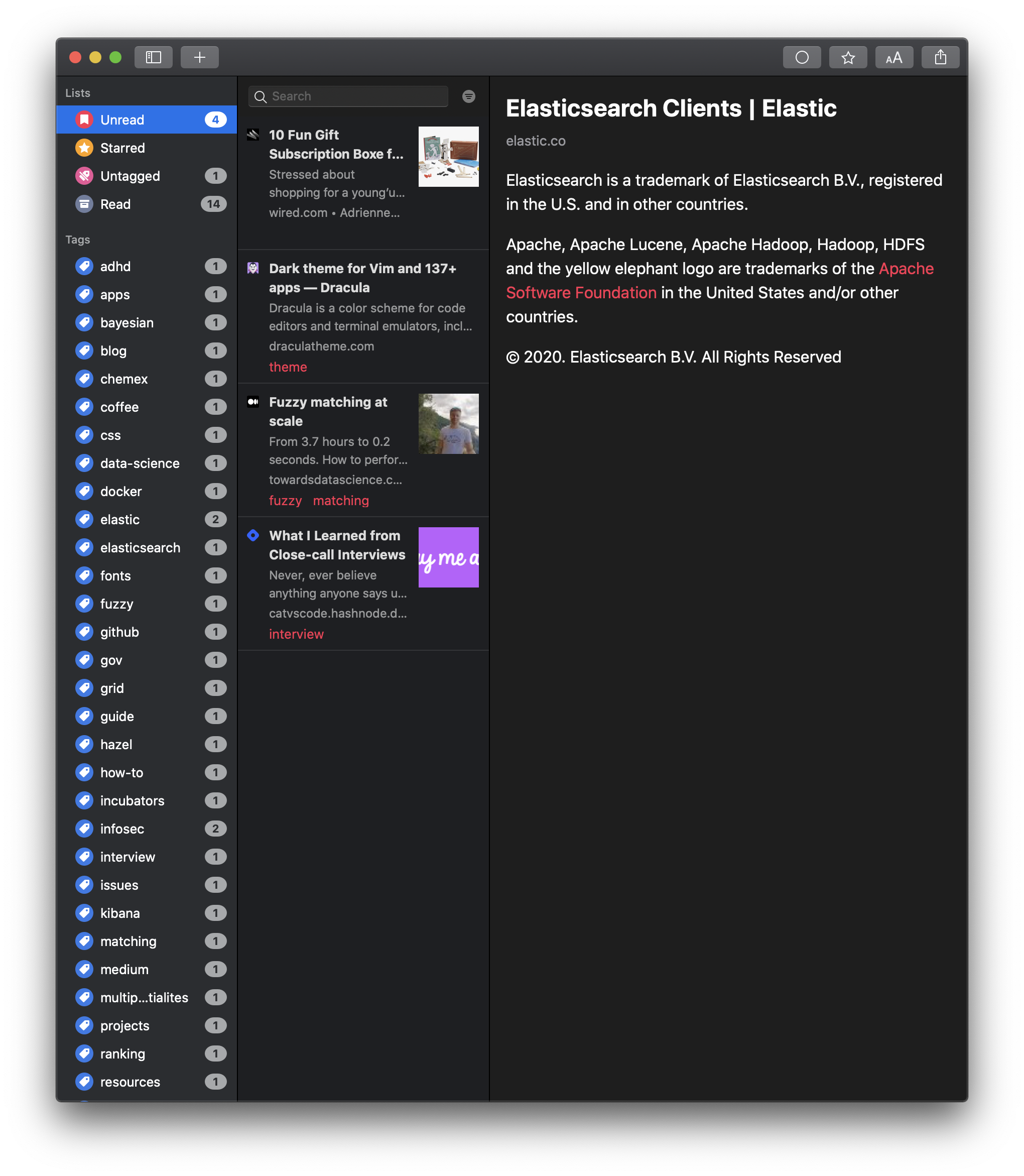 Right now, I'm bookmarking web things in GoodLinks. When I feel I have enough content to release another TIFOTIR, I pull from there (instead of my head).

I spend much of my time in [iTerm2]. Just because the terminal may be an old- school way of doing things doesn't mean I should keep my screen in the old school. [Oh-my-zsh] gives me plenty of great plugin access and themes out of the box, but I wanted a theme that was somewhat subtle that would just pop out some of the information that I should be looking for.

[Dracula] does a wonderful job not adding a lot of complexity to my terminal but emphasizes bits of data. Also they have many themes for other applications. I am also using their Alfred Theme

What I learned from Close Call Interviews (via @catvscodes)

I met to Cat via Twitter. She's a wonderful UI Engineer with a ton of experience. That said, HIRE HER if you're hiring!

I spent a lot of time not getting interviews (straight ghosted 👻). Cat's been getting so close in interviews. It hurts a lot when the you invest a lot of time into landing that job and you don't get it.

This was a good reminder of a few things.

Never, ever believe anything anyone says until the offer is in front of your face with your name on it...

And if they didn't pick you, it's their loss. Don't waste time fretting about why it wasn't you or singing the hymn of the impostor on repeat.

It's a little bit of a bummer but it's a reality that we often don't think about. Thank you Cat for the perspective and I'm seriously rooting for you!

On Collecting No's (via @glasnt)

Funny thing happened the other day, I got a rejection email from a conference saying that my talk. This was a conference that I REALLY wanted to speak at. I had also recieved rejections to a few other conferences a couple weeks before. On top of that, I am an advocate so speaking at conferences is a bit of an expectation.

Recently, I met Katie at a conference organizers meeting. She's absolutely wonderful and a fellow advocate. She wrote a post a while back about putting conference talk rejections into perspective.

Your submission was a sales pitch. Okay, look. I know. Sales people gotta sales. But, when a conferences asks “No pitches” and you throw a dozen “BUY ME NOW” submissions, yeah, you’re going to get rejected.

Oh yeah the funny part... Apparently, I submitted two talks to the conference and the other one was with a different account. They accepted that talk but message went to spam. Luckily I was looking for another email and found it... 😅

I normally don't promote these big editorial teams, but as a dev-dad, I am always trying to get fun projects for me and the little one to play around with. We use KiwiCo and she get the 2-5 year old's box. I do plan on looking into some of the other boxes in the new year.