It's that time again. It's the 3rd Annual Jaysies. These are people that I connected with this year that really made an impact. Some folks have been around for a while and they really took it to the next level this year. Others are folks that I met and I'm amazed at how much I am chatting with them.

A note: This year was much harder as I really wanted to focus on doing a great job at work. There are people that I work with that are on this list but (by design) no one is on my immediate team.

Let's start with the newest person I've met on this list.

Jenn is a up and coming developer community and mental health advocate. She's been streaming regularly and doing twitter spaces to create an open discussion around mental health.

You can catch Jenn learning about Python or Typescript on Twitch.

I've known Steve since about 2018 when I gave my first-ever conference talk. At the time I was still working in marketing and was using Python as an automation tool and hoping to move into a Software Developer role. Only having seen a small sample of my work he believed enough into me to say that Microsoft would benefit to have someone with my skillset on the team. It was that encouragement (and a followup conversation with Heidi Waterhouse) that would encourage me to start my journey into tech using Python.

Fast Forward Steve has been a wonderful mentor. We're now colleagues and he has taken a large role in helping me develop into a stronger developer and advocate. He also has provided insight into working at a larger company and how to adjust my style to fit the company's needs while still being authentic to my brand.

I look forward to each of our conversations.

Mario has been an awesome newer face in the Python community. He was someone that I followed online for a while and recognized me at PyCon US. We shared a few conversations and I'm really excited every time we get to connect. 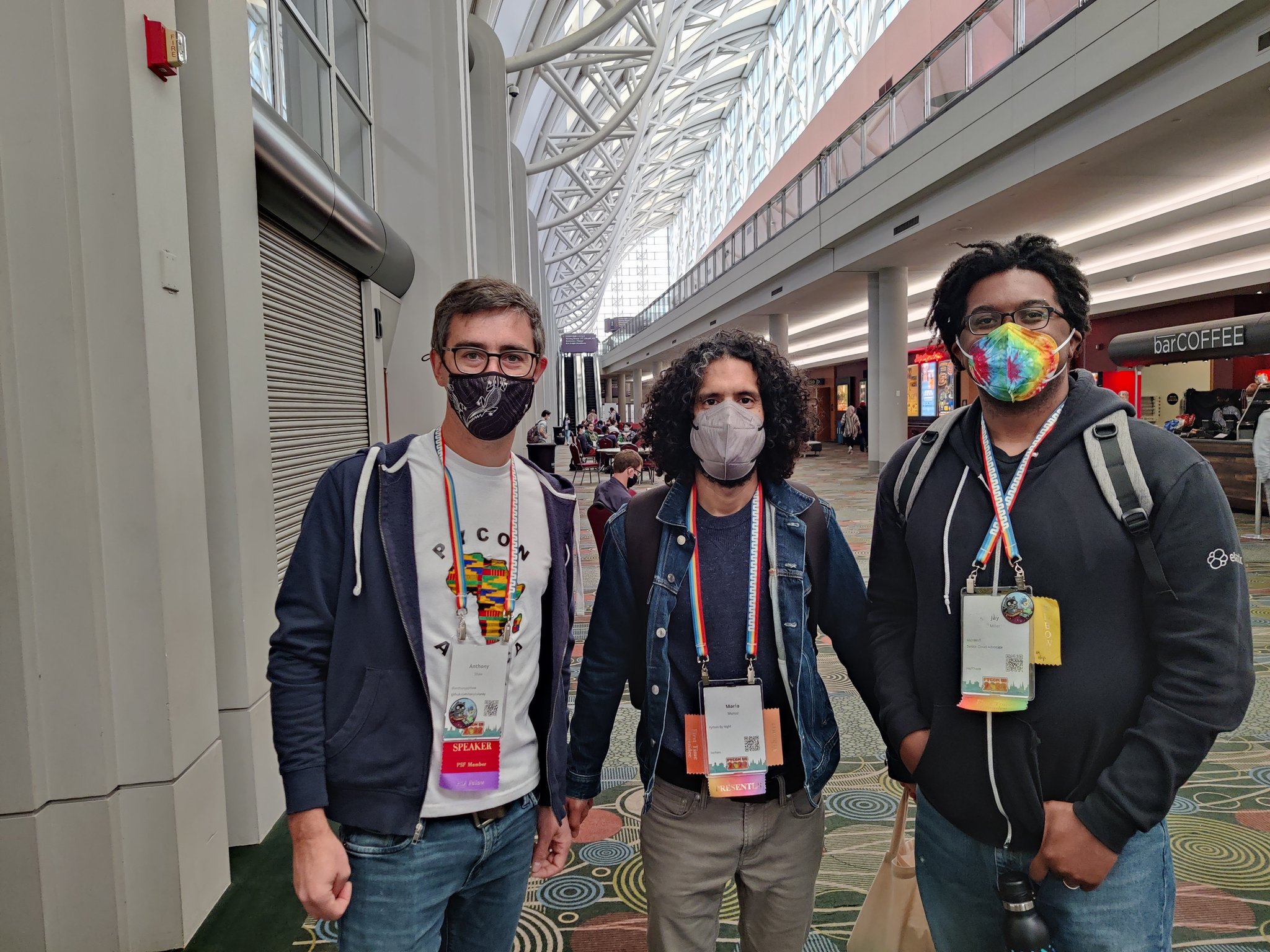 The biggest impact that Mario has provided is his humility and fresh eyes. It's always wonderful to get insight from someone that isn't jaded. Mario and I share a similar path into the field so I see a lot of my own journey in his. Also, Mario isn't afraid to share where he's at. Many beginners are hesitant but Mario is open to sharing where he's at and the challenges he faces, like in his DjangoCon Talk this year.

I look forward to seeing his growth and hope he's able to keep that same excitement about learning and can pass it on to others.

All the folks, this year were on the tech side and Reggie is no different. Reggie and I were coworkers but we have known each other for a few years. This March I got a chance to spend some time with him in Houston (one of my favorite places in the US). In those few days, Reggie shared an amazing lifestyle including an excellent work outside the office culture where we connected with other remote workers in 2-3 places around the city. He also showed excellent self-care practices which include Yoga, Aromatherapy, and Therapy.

Reggie and I are both Black Males, a group that historically stigmatizes self care. Reggie's swagger and style bring a self of coolness to making sure you look at feel your best. I guess that's why he confidently owns the coolest nerd in the room title. 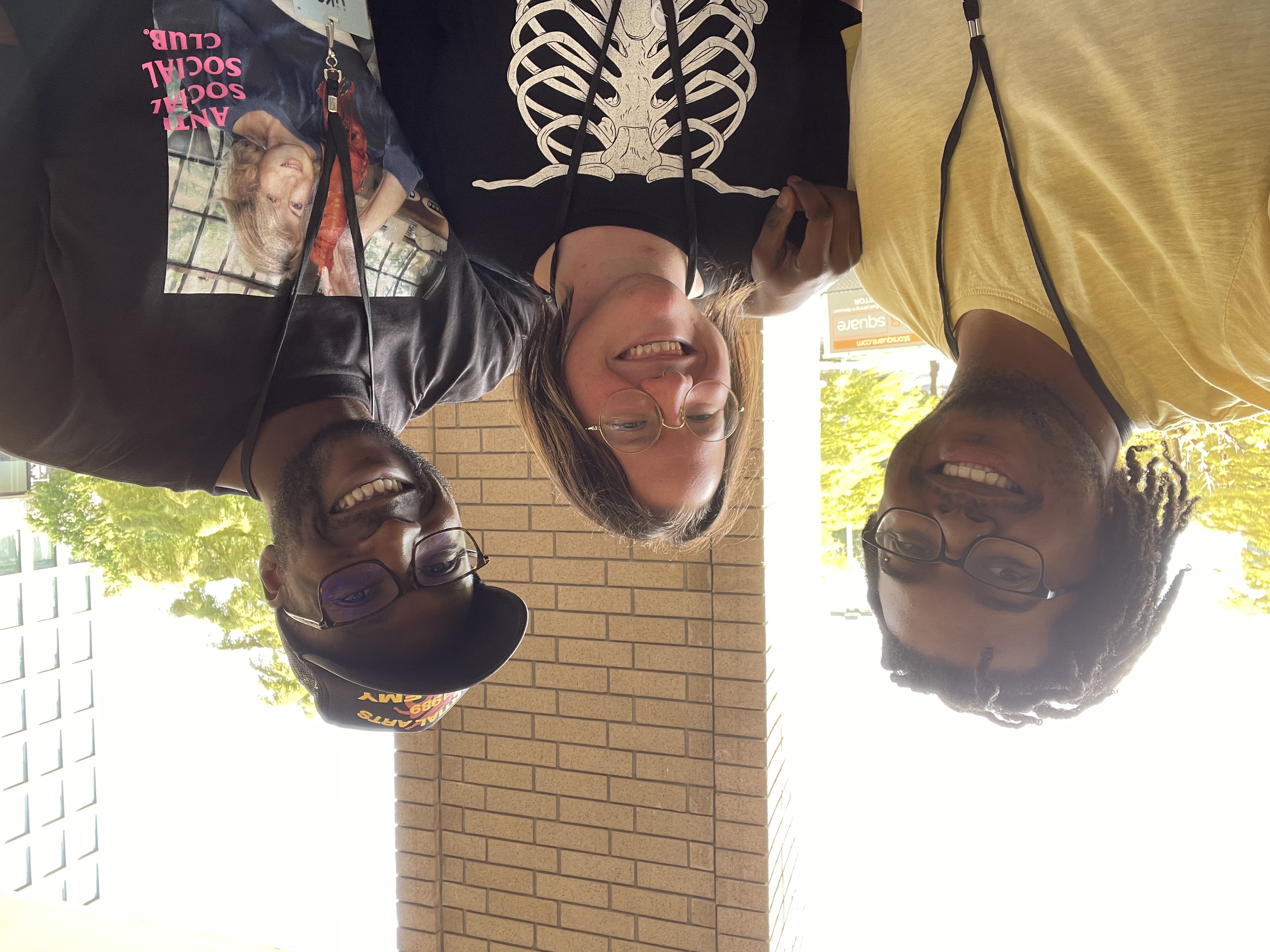 Reggies openness encouraged me to seek therapy for myself as well as introducing my own self-care routines.

Here are some folks that also contributed to a great year!

Jon's been an amazing buddy starting the Python Community News Podcast, but also helping me with leveling up my development skills in the process.

Thank you folks for truly making 2022 a great year for me. You can check out the 2021 Winners here